The news tells you what happened.
Spectacles explains why that matters for democracy.
Instantly receive our exclusive handbook on how to spot the biggest threats to democracy when you confirm your email!
MINI-DOC: Taiwan Shouldn't be a Democracy.

In 1986, Taiwan’s dictator began the island’s democratization — an unlikely story with consequences and lessons which echo to today.

In 1986, Taiwan’s dictator began the island’s democratization — an unlikely story with consequences and lessons which echo to today.

The year is 1986. The island of Taiwan is ruled by the dictator Chiang Ching-kuo and his political party, the Kuomintang. By now, the KMT has held Taiwan with an iron fist for nearly forty years.

Yet Taiwan is no backwater nation suffering unhinged despotic mismanagement. Here, business is booming. Since the KMT took charge in 1949, GDP per capita has risen nearly 600%, elevating Taiwan from one of the world’s poorest countries to one of almost middle-income.[1] Popular support for Chiang and the KMT is deep and widespread.[2]

And yet, on September 28, a new political challenger arrived in Taiwan, the Democratic Progressive Party.[3]

You can probably guess how they felt about dictatorship, and how Taiwan’s dictator felt about them.

Except… Chiang didn’t repress the DPP. Instead, within a year, he formally ended martial law on the island, unraveling the KMT’s iron grip and setting in motion Taiwan’s democratization which would end in the KMT’s electoral defeat and loss of power.[4]

And nobody forced Chiang to do this, nor made his KMT successors follow in his footsteps. The DPP was a tiny, essentially insignificant clique of intellectuals. The KMT could have continued ruling as they had.

In essence, Taiwan shouldn’t be a democracy.

So, why did the KMT go along with democratization?

And what lessons does Taiwan’s unique story hold for us?

To understand Taiwan, one must first understand the party that ruled it: the Kuomintang.

The KMT was founded in mainland China in the early 20th century, just as China’s final imperial dynasty reached its end. By 1928, the KMT—led by Chiang Ching-kuo’s Father Generalissimo Chiang Kai-Shek—was in charge of the entire country, at least on paper.[5]

In reality, though, the growing Communist movement in China led an armed resistance effort from the Jinggang mountains, and by 1931 the Japanese empire was already seizing territory in China’s northeast.[6] At the same time, the KMT itself was debilitated by cronyism and corruption, leaving the party with a paper-thin hold on the country.[7]

Although the Communists and KMT worked together to fend off the Japanese invasion, civil war resumed in the wake of Japan’s defeat in world war two. The communists, with their firm base of support among the nation’s enormous peasantry, quickly gained the upper hand over the divided and incompetent KMT. In 1949, facing sure defeat, the KMT government, along with the remnants of the republican army, fled the mainland and made for the nearby island of Taiwan.[8]

Never infiltrated by Communists and handed over to the KMT government by the Japanese just a few years earlier, Taiwan was a natural base of operations. However, it wasn’t without its challenges, as many indigenous islanders resented being passed back and forth between the Japanese and these mainlanders. The Kuomintang, now especially short on patience for unruly farmers, repressed the people brutally, in one instance killing as many as 28,000 civilians.[9]

It was an ugly start to the KMT’s rule over the island, and as time went on party leaders came to recognize that if they ruled Taiwan as they had the mainland—a small, corrupt elite lording incompetently and abusively over poor farmers—they would be about as successful here as they had been back home. Something had to change.

To consolidate power, the KMT would need a new approach that could get the party in with the Taiwanese public. Politically, this meant a reorganization of the party, and economically it meant the KMT would need impressive and broadly beneficial economic performance that vindicated its rule.

Of course, the prior structure of the KMT—rife with cronyism, factionalism, and corruption—had to go. The party reorganized itself along more meritocratic lines and, with the help of new party chapters in towns and villages across the country, recruited new members from all levels of Taiwanese society. Putting down such deep roots consolidated the party’s control over the island, allowed it to better take the temperature of the country through key constituencies, and incorporated ethnic Taiwanese into its apparatus, softening what had once been a nearly terminally tense relationship.[10] This was a far cry from democracy, to be sure, but it allowed leaders to more competently navigate the often choppy waters of public opinion.

To kick off their economic revolution, the KMT appealed to the peasants, who were responsible for the vast majority of the island’s economic activity. To win them over, the party took a leaf out of the Communists’ playbook and redistributed property from large landowners to create many smallholders, while, unlike the Communists, compensating former owners for their losses. Thus, thanks entirely to the KMT, a large segment of the Taiwanese public suddenly became enriched and grateful stakeholders in the KMT’s political project.[11]

But the party didn’t stop there. It quickly enacted legislation to protect infant industries, and doubled down on the land reform’s philosophy of cultivating a broad base of stakeholders by using state banks to invest in small and medium sized business enterprises, rather than pursuing the development of large, consolidated firms. Industrialization arrived quickly for this essentially peasant island, and, thanks once more to the KMT, the monetary gains were widespread. Indeed, during its rapid industrialization, inequality in Taiwan actually decreased—the polar opposite of what occurred during the American and European industrial revolutions.[12]

With its gangbusters economic growth and the party’s ensuing popularity, the KMT felt increasingly comfortable gauging public opinion with some limited and highly controlled local elections. Importantly, no opposition parties were allowed—candidates had to run as political independents, hampering their ability to coordinate. In the late 1960s and throughout the 1970s, these elections—despite falling far short of any democratic standards—seemed to confirm that the KMT enjoyed deep and broad approval in Taiwanese society. For now, at least, the transformation was successful.

However, by fostering Taiwan’s meteoric economic development and spreading the gains widely, the KMT had also begun to dig its own grave by cultivating a large middle class. While many remained loyal to the party which helped deliver them from poverty, many others resented the lack of political influence to match their economic standing.

By the 1980s those side-note elections meant only to validate the KMT’s rule were beginning to send a very different signal to Taiwan’s rulers, as non-KMT candidates began faring better and better.[13] At the same time civil society agitation accelerated rapidly. Labor disputes surged into the thousands,[14] new dissident publications began circulating thoughtful and incisive critiques of the regime,[15] and protest activity around the country increased dramatically.[16]

Internationally, things weren’t much better. At the United Nations, Taiwan lost its seat to Beijing. Even worse, the Cold War began winding down. The United States, losing its taste for regimes like the KMT which justified despotism with anti-communism, began friendly rapprochement with the mainland authorities. Long reliant on US support for its claim to be the legitimate government of China, the KMT was now staring down the possibility of losing its raison d’etre.

Still, don’t think this means the walls were crumbling around the KMT. Performance in those few contestable elections was getting worse, but the KMT was still winning most of them. Some Taiwanese were indeed dissatisfied with the government, but the KMT continued to deliver on bread and butter economic promises. Protests and labor disputes increased but remained highly fragmented and easily defused or violently repressed.[17]

The party could have weathered the storm business-as-usual, but even so it seemed that leaning into a bit of democratization could hold some promise. Opposition to the KMT, like the Democratic Progressive Party, didn’t have much of a positive program or set of policies. Instead, all they seemed to stand for was democratization. Therefore, if the KMT could reform on its own, it could defuse the opposition’s base of support while also improving its standing with a more democratically-inclined Washington.

Thus, seemingly paradoxically, the KMT didn’t initiate democratization in Taiwan because they were forced to—and certainly not out of magnanimity or idealism—but because a willing embrace of democracy seemed to promise even greater security for the KMT’s rule than continued defiance of changing times.

Moreover, initiating democratization now meant that the KMT could control the process and write the electoral rules to favor themselves — moves that would soon bear fruit.

In 1992, Taiwan held its first legislative election. Bolstered by the biased—but hardly rigged—electoral system, the KMT won 53% of the vote and took 63% of seats.

At this point, in the words of the authors of From Development to Democracy, “The KMT’s democratic gamble paid off; it conceded democracy not to hand over power to the opposition but to retain its political dominance.”[18] And following these early successes, “The KMT hastened the democratic transition because of the confidence it had in its ability to fare well in democracy.”[19]

Subsequently, the KMT continued to engage with public demands, delivering desirables to cement its popularity and undermine political rivals such as the DPP, further demonstrating that democratization was a sensible move which could mutually benefit Taiwan and the KMT.[20]

However, it wouldn’t really be a democracy if power never changed hands, and in 2000 that finally happened when the DPP’s presidential candidate barely edged out the KMT’s. Still, the KMT retained control of the legislature, and the party determined not to challenge the results or roll back democratization but, like any good democrats, to “get em next time.”[21]

Since then, the KMT’s power has fluctuated, and to this day, Taiwan remains a well-consolidated liberal democracy with broad civil and social freedoms and seriously competitive elections.

The story of the KMT defies typical expectations for how to bring about democracy, and, as such, it yields a peculiar, yet critical, lesson for those of us who would like to see free government continue to spread around the world — that is, that those autocracies which seem the strongest and which have the most success in advancing their societies are in many ways the most vulnerable to a democratic transition, not because their authority is threatened as it often is in weak, failing autocracies, but because they have confidence that democracy may well make their lives easier.

As with the KMT, they may well be right. At least, for a time.

From Development to Democracy by Dan Slater and Joseph Wong 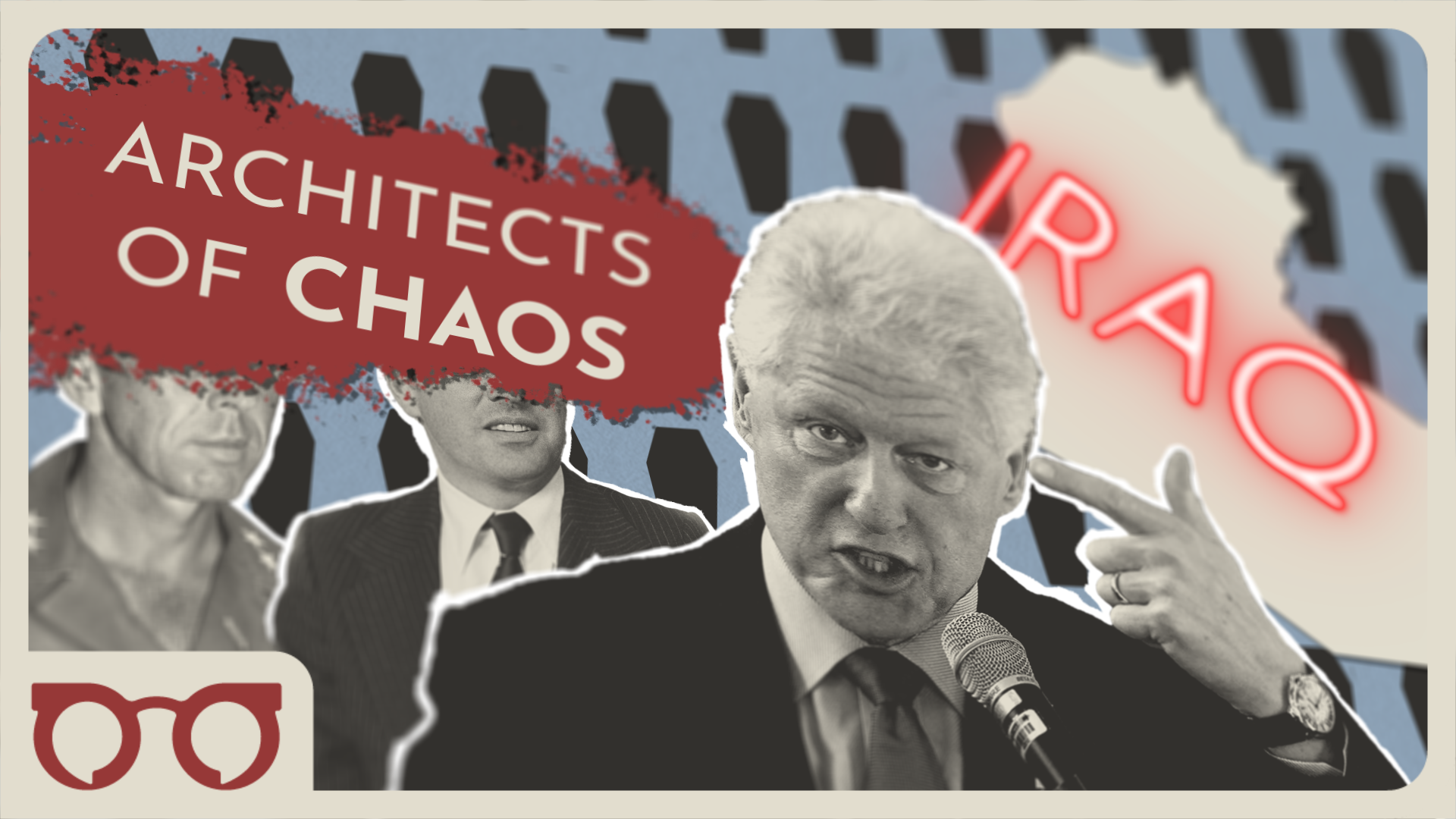 He assassinated Japan’s most successful politician ever. But now, he seems to have won over public opinion. What happened?…
27 Sep 2022
Asia , Dem. Decline , Rule of Law

"Disinformation" has become the go-to explanation for democratic erosion. The truth isn't so black and white.…
11 May 2022
Asia , Governance , Social Justice